Hidden Heroes received another public screening. This time at the Asian Community Centre in Wood Green.

The occasion was the launch of Far From the Western Front, a Heritage Lottery-funded project about the 1.3 million South Asian soldiers who fought in World War 1.

With the support of volunteers the project aims to bring the soldiers stories to life.

Thank you for letting us show Hidden Heroes. The film clearly touched many in the audience.
Eleanor Harding, Project Coordinator, Far from the Western Front

Also on show were exhibition panels from the heritage project The Sikhs and World War I:

From the blood-soaked trenches of the Somme and Gallipoli, to the deserts and heat of Africa and the Middle East, thousands of Sikh troops fought and died alongside their European and colonial counterparts in the Great War of 1914-1918.

This landmark exhibition introduces their story through remarkable written accounts of their experiences and achievements, rarely-seen imagery, and extraordinary archive film and sound recordings.

Wonderful images on the panels, echo scenes and themes depicted in Hidden Heroes. 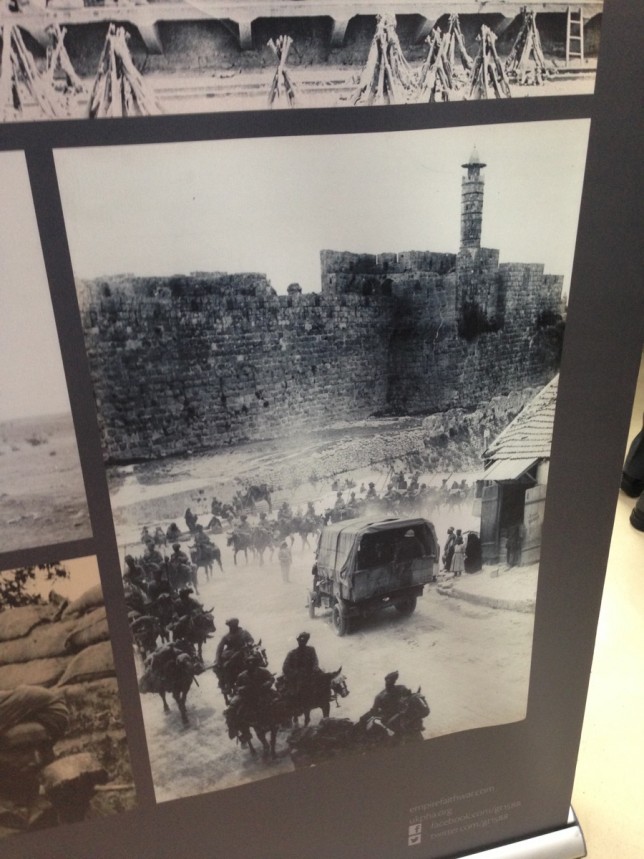 There was also an illustration of soldiers on a dangerous mission in No Man’s Land, and a photograph of a young Indian bride. 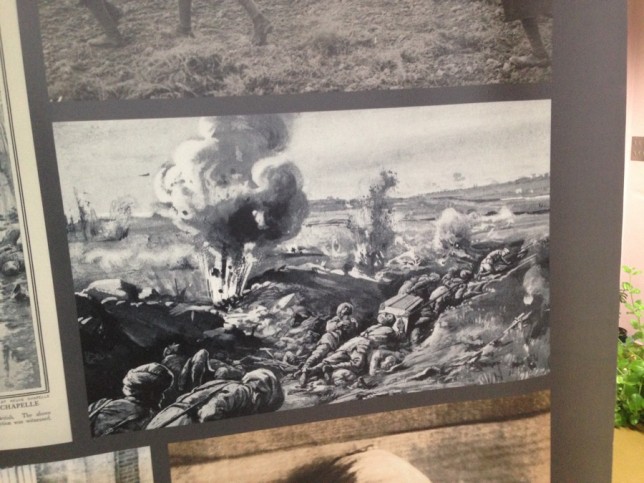 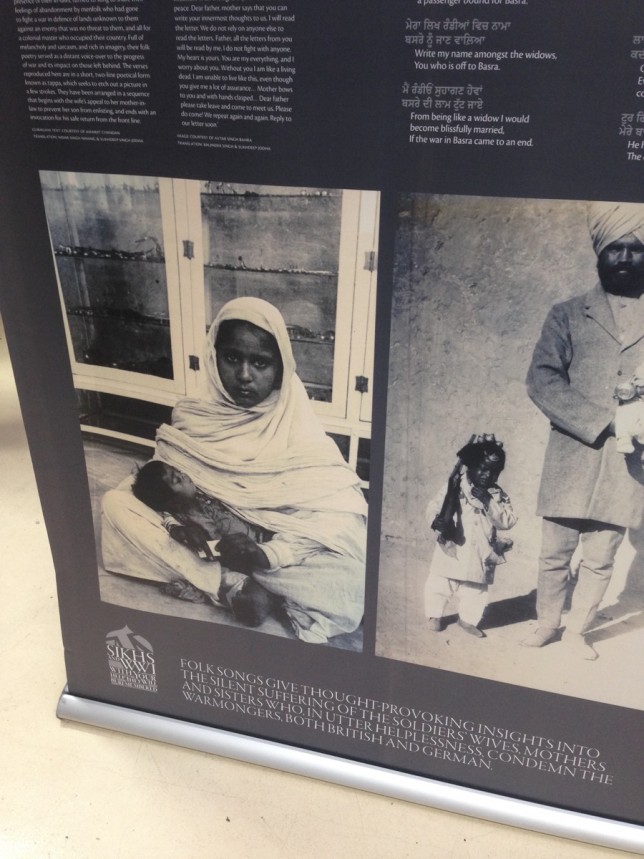 Far from the Western front is still looking for volunteers to help with their project if you are interested then please contact Eleanor@asiancentre.co.uk 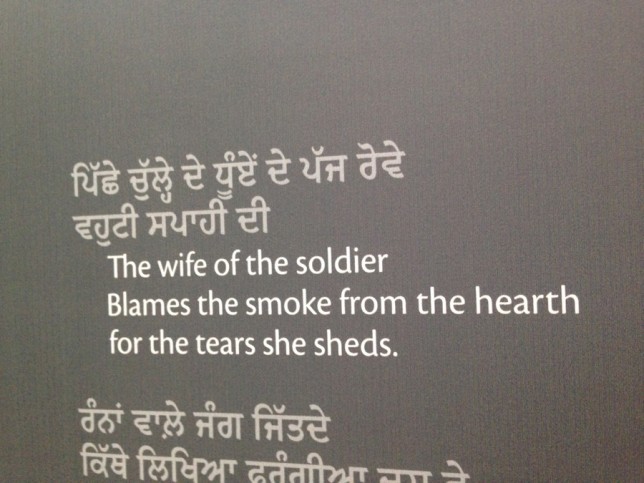 I was particularly taken with an image of a hand written letter that sent to a soldier from India. The text is a beautiful graphic design in its own right. 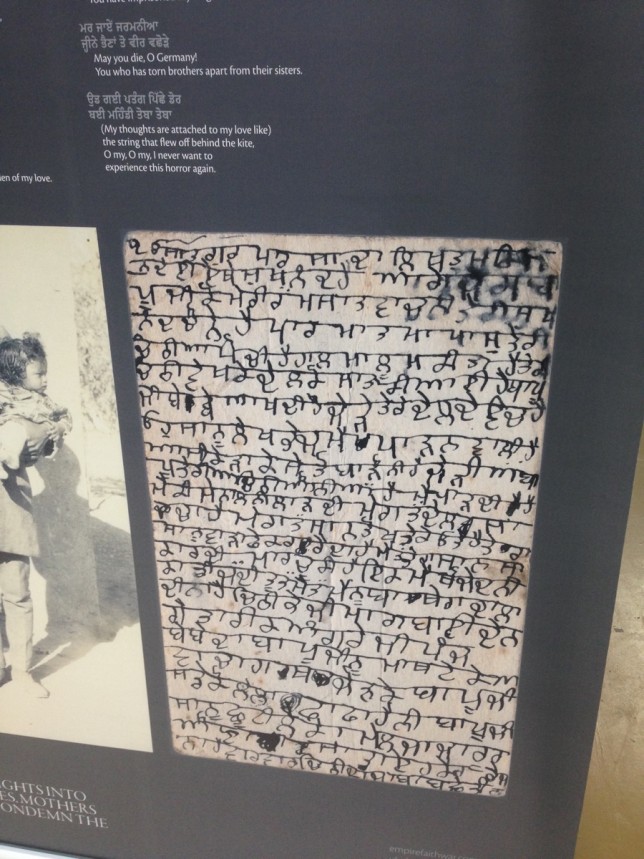